A Quick Tip on a Half-Tip

It never fails: You’re running a rack of 9-ball, and you end up leaving yourself behind another ball. You need to shoot the 6-ball, which is sitting in the jaws of the side pocket, and the cue-ball is blocked by the 9-ball. It seems your only option is to shoot a kick-shot, but the 8-ball is blocking the path on the opposite rail. Now what? 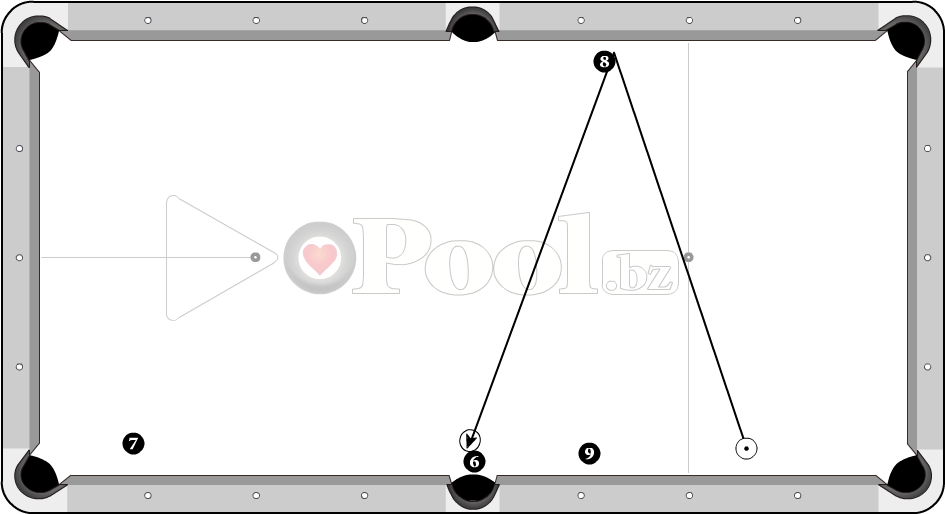 A straight kick shot is blocked by the 8-ball

If you’re like me, you’ll shoot to the right or the left of the 8-ball, using english to adjust the path of the cue-ball, right?

The question is, how much to the right or left should you shoot, and how much spin should you use?

If you’re Corey Deuel or Shane Van Boening, then you’ll probably make that shot 9 times out of 10 because you have ten thousand practice hours at the table. I’m going to guess that Corey and Shane are not looking to my column for advice, so let’s talk about how to consistently make kick shots using english.

First off, I want you to practice your straight kicks (no english). If you have trouble judging a simple kick shot, this article might not help you much. Get good at kicking the ball into the side pocket from almost any spot on the table.

Have you become fairly decent at kicks? Awesome. Let’s get started.

Start by placing the cue ball on the head spot. Aim at the second diamond along long rail. In other words, you are not shooting toward the rack, but instead directly at the side rail. If you use no english, the ball should roll directly back into the tip of your cue-stick.

Half Tip of Right English

Using a medium stroke, shoot at the same diamond on the side (long) rail, and observe that the cue-ball will deflect to the right. Note where it touches the opposite side rail (near you). 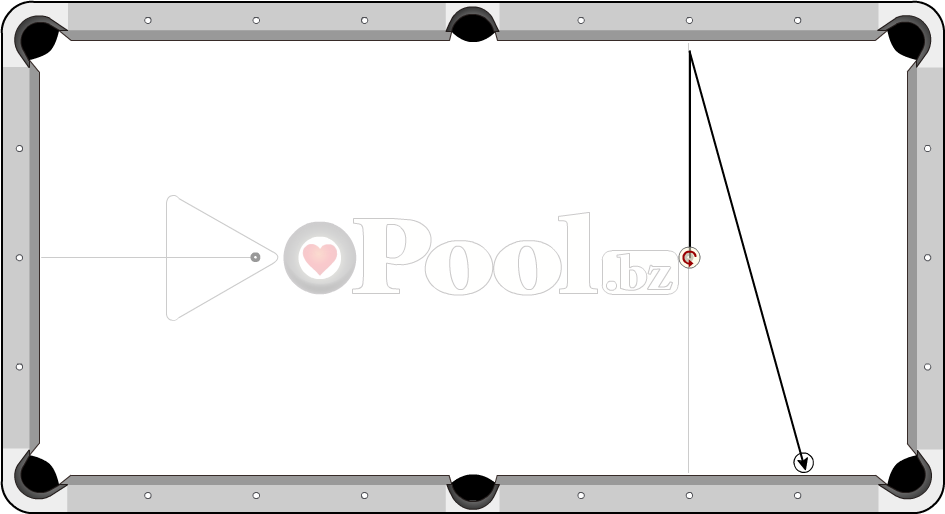 Deflection to the right, using a half tip of right english

When I do this shot with my cue, the cue-ball ends up one diamond to the right of where it would be if I hit it with center ball. This happens fairly consistently, although it will vary a bit depending on the accuracy of the half-tip of english, and the speed of my stroke. Try to be as consistent as possible. This is very important.

Let’s say your deflection distance is the same as mine–one diamond. Here’s what I’d like you to do. From the same position on the head string, aim the cue so that a kick shot will end up one diamond to the left of the side pocket. You might try shooting the cue with center english to ensure your aim is true. Once your aim is true, make the same shot, but apply a half-tip of english to your shot using the same speed as before.

If the stars are all aligned correctly, the cue ball should deposit itself directly into the side pocket!

There are a couple of things to remember here:

Add this weapon to your arsenal, even if you don’t think you’ll use it. One day, you may need it, and it could be the difference between moving up the ladder or packing up your sticks and going home.

Please feel free to drop me a line any time to clear up any questions you might have. Shoot straight, and shoot well!